Posted by Moonsparkle at 20:26 No comments: 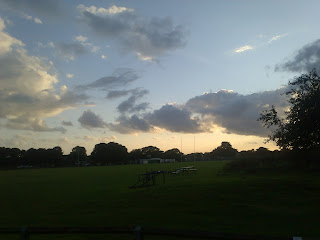 This is the next post in the Feeling Your Emotions series. You can read the introduction here:
https://fallingpetalsuk.blogspot.com/2017/11/feeling-your-emotions-introduction.html

I started this series in late 2017. So far I've covered what are deemed more "negative" emotions-  anger, sadness and depression, fear and anxiety and shame. The last post was in February, so it's been a while! As I said in the post Feeling Like a "Loser" (not part of the FYE series but kind of related), I feel that the next post should be a "neutral" one, so it's a sort of halfway point between the previous emotions, before moving onto the more "positive" ones such as happiness and love. I also mentioned the Abraham Hicks Emotional Guidance Scale, which you may have heard of if you follow the Law of Attraction (LOA). In LOA circles it's believed that it's not very easy to just "jump the scale" from something like discouragement further down on the scale) to contentment (higher up). Kelsey Aida has a good introduction to the concept which you can see here: https://kelseyaida.com/theinspirationalblog/the-abraham-hicks-emotional-guidance-scale


Click here to read more>>
Posted by Moonsparkle at 17:28 No comments: