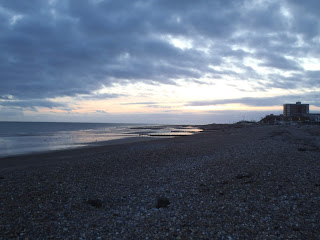 This is the next post in the Feeling Your Emotions series. You can read the introduction post here: https://fallingpetalsuk.blogspot.com/2017/11/feeling-your-emotions-introduction.html

When I first started this series I had a vague order to do it in. I started out with the more "negative" emotions. I think it makes sense to write about shame now because it's something you can also feel along with the other emotions already mentioned. For example you may feel shame for being angry, sad or scared. It's quite a heavy emotion and I felt some resistance to writing this post, but I feel it's an important subject. So let's start by looking more closely at shame. :)

Shame is described as "a painful feeling of humiliation and distress caused by the consciousness of wrong or foolish behaviour",  and a "regrettable or unfortunate situation or action" (Oxford English dictionary), "a painful feeling that's a mix of regret, self-hate and dishonor" (Vocabulary.com) and "a painful emotion caused by consciousness of guilt, shortcoming or impropriety" (Merriam Webster). We can feel shame ourselves due to something we've said or done (although this may be more like guilt, see below), or because we feel not good enough. We "shame" others for doing or saying something we believe is wrong, or that goes against the general rules of society and we also use phrases such as "That's a shame" when something doesn't work out as planned.

Shame is not a "core emotion". The basic emotions are said to be happiness, sadness, anger, fear, disgust and surprise. (They've been grouped further into "joy-sadness". "anger-fear", "trust-distrust" and "surprise-anticipation". In fact some people believe it's not an emotion at all but an experience, like depression and anxiety. (In this context I'll explore it as an emotion, like with depression and anxiety in my earlier posts). Read more about basic emotions here: https://www.psychologytoday.com/gb/blog/hide-and-seek/201601/what-are-basic-emotions


Hilary Jacobs Hendel, author of It's Not Always Depression  defines the core emotions as sadness, fear, anger, joy, excitement, sexual excitement and disgust. For more on this and the Change Triangle, a healing process and guide to feeling better, visit this link: https://www.hilaryjacobshendel.com/what-is-the-change-triangle-c18dd

Brene Brown who has done a lot of work on shame, has a list of core emotions available for download which you can find on her website here: https://brenebrown.com/downloads/

Hers is a longer list including ones that don't make it onto the other lists, such as anxious, belonging, blame, jealousy, humiliation, judgement, loneliness, regret and vulnerability.

Here is some more info on shame:

There's also guilt which we feel when we've done something wrong (or perceive to have been wrong). We may also feel guilty for having something that others don't (such as having more money than a family member, being able to have babies while your friend struggles to get pregnant etc.) The difference between shame and guilt can be confusing. Here are a couple of links explaining the differences:


Brene Brown describes guilt as "adaptive and helpful", and shame as "not helpful or productive" (see the first link). She's also said that shame is about focusing on yourself and believing "I am bad", whereas guilt is a focus on behaviour and thinking, "I did something bad". Looking at those two examples you can see why guilt can be easier to deal with because you can make amends for what you've done, whereas if you believe that you are "bad" at your core, then you won't feel as if there's much you can do about it.


Why we do feel shame?

We can feel shame for many reasons- something we'd said or done, something that was said or done to us (in the first case this may be guilt we're feeling, as mentioned above), or an experience we've had (in particular if we've suffered a trauma such as abuse, even though it wasn't our fault), because we're different to other people (different race, body shape/size, sexuality than the "norm"). For example there's a lot of shame around being black or non white/not fully white in a predominately white society, or gay/bisexual/not straight in a society where being heterosexual is seen as the standard. Others can try to shame you for how you choose to identify too.

And fat/overweight people are still shamed horribly in modern society, such as pictures of overweight people eating a burger being posted online, or comments like, "We should make it uncomfortable for fat people and not have plus size clothes, so they lose weight". Even thin people get treated this way too, some people seem to think it's ok to pick on a thin person and call them "anorexic" (which is a serious condition and shouldn't be used as an insult in my opinion) but it's not any more acceptable than shaming a fat person!. So this can make you feel ashamed for being brown, having curly hair, being overweight or "not masculine/feminine enough" etc. Religion too, can be something you could be shamed over, for being Muslim or a pagan for example. And if you're physically and/or mentally ill or disabled. Understandably all this can make us feel angry!

Update 25/4/19: I came across this page from Sharyn Holmes of Gusty Girl which links to articles about race-based shame, something that she says hasn't been widely covered in Brene Brown's research: http://www.gutsygirl.com.au/shamearticles.html

I thought it was important to include it here because people of colour can often be forgotten (I find particularly as a mixed race person that we are left out of conversations on societal subjects, or just not thought of) and it's important to be inclusive. I think these are aimed at white people but people of other races may find them helpful too. :) There's also an article about inclusivity relating to body size.

Perhaps we feel ashamed if we haven't done something that others have, e.g. we haven't dated/had a long term relationship, don't have a steady job, aren't married when most of our friends are etc. There is a stigma over being single too, especially for a woman of a certain age (in particular 40+) who is unmarried and doesn't have kids.

Or maybe we live in a culture where "honour" is very important and we feel like we're wrong if we go against what's considered the norm.

We could also feel feel shame for being stuck in the same old patterns, for example I sometimes feel ashamed of worrying due to health anxiety and not being able to get rid of it. Or you could be ashamed of your anger problem, or for always feeling depressed. Mental health is still stigmatised, although it's becoming less of a taboo topic these days.

In this article on Aziz Shamanism, the author Peter Aziz talks about anger, guilt and shame: http://www.azizshamanism.com/anger-guilt-rage-shame-pain-growth/

Please note that it's from a shamanic perspective. He gives an example of feeling angry with yourself because you didn't do something someone else asked you to do (and angry with the person who asked you to do it and the situation), then the anger turns into guilt because you think you don't have a right to feel angry in the first place. But as he says, you do have a right to your emotions because they are just emotions.


Letting go of and healing shame

I think this is quite a big topic and I can't really do justice to it here, but I'll share a few helpful links. :)

First of all I think that if you're really struggling with shame you should see some sort of mental health professional and/or therapist, especially if it's due to suffering some sort of trauma.

Now when it comes to self help, here are some posts that could help:

Another one about toxic shame from Loner Wolf: https://lonerwolf.com/toxic-shame/

Note: I hadn't heard of the term "toxic shame" before researching for this post. It's considered a more extreme form of shame that can affect the sympathetic nervous system causing the flight/fight/freeze reaction (you may remember I discussed fight/flight/freeze in Fear and Anxiety-Part 1) and cause anxiety and depression. Read more about toxic shame here: https://psychcentral.com/lib/what-is-toxic-shame/


A couple of posts from Gwynn Raimondi:

Here is another article from Aziz Shamanism about healing shame: https://www.azizshamanism.com/healing-shame-root-auto-immune-disease/

Peter suggests "giving back" the shame  caused by other people by doing a meditation exercise, and then forgiving your own shame.

Post by Amy Clover of Strong Inside Out on healing from shame about her body through movement: https://twloha.com/blog/running-with-shame-how-i-reclaimed-movement/

Update 18/6/19: Here's a video and post about overcoming guilt and shame for people who have survived abuse. I thought this would be a good resource to share: https://uncoveryourjoy.com/conquer-guilt-and-shame/

I just want to also note that I believe some of it is a societal problem. It's not wrong to be black, Asian, mixed race, a gypsy/traveller etc., gay, transgender, or curvy or skinny (although we do need to take care of our health, it doesn't make us less of a person if we're over or underweight), we as a society need to be more inclusive and stop shaming people.


Hope that helps, even if just a bit! :) With the other posts I've done it in two parts, but with shame I felt like it just needed one post for some reason. I think that the next post will be a kind of "in the middle" one going over previous posts, then I'll more on to the more positive emotions, such as happiness, love etc. Thank you for following so far! :)


Read the rest of the posts in the Feeling Your Emotions series here: