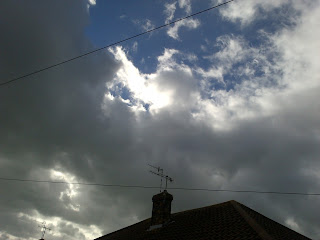 Note: The title of this blog post was inspired by the symphonic metal band Epica's album!


I've had this post in mind for a while, the basic gist of it but had to put it all together. I've decided to do a series of posts, so here is the first one. :)

I first became really interested in LOA in 2010 when I read The Secret by Rhonda Byrne. Although I think I had heard of it before then because in 2008 I started a "Vision Pad" (like a vision board), and in 2009 I wrote a Life List (aka Bucket List). I started more actively working it with in 2011. I have seen my life change in some ways, I've lost weight and I am more confident than I used to be. And I have manifested smaller things like a PS3 and a BlackBerry (things that once felt quite far out of reach to me because of the price). But other stuff like a relationship and holidays to Miami and Hawaii hasn't happened (yet!). I suppose the biggest thing I manifested is being in a music video. I'd wanted that for years and in 2012 I was in my belly dance group's music video for a dance called Celtic Star. It wasn't a professional one for a band but I still count it! lol.

I wish I could say, "Here's my success story! I designed a fabulous life and here's how I did it!" lol. I can't do that but I thought it would be good to do a post/s about the process of it all, the work in progress.

When you first come to the Law of Attraction you probably do it because you want to have something (often physical, e.g. a job, a relationship, a car etc.) and/or to feel better. Then if you go deeper it starts to become more than that. I think it's about creating change from the inside and becoming the kind of person who has the life you want. We'll look at processes to help with this later on. :)


Click here to read more>>
Posted by Moonsparkle at 22:18 No comments: