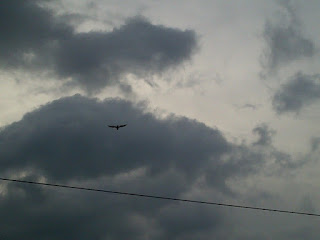 In November I started my Feeling Your Emotions post series. You can read the first post here: https://fallingpetalsuk.blogspot.co.uk/2017/11/feeling-your-emotions-introduction.html


Disclaimer: I'm not a doctor, so if you're having mental/physical issues please seek medical help in addition to reading this. :)

As I mentioned in the Introduction, I'm starting with the more "negative" emotions first, the ones that are perceived as negative. So let's start with Anger. (I won't capitalise it for the whole post, just when I first introduce it). It's taken me a while to write this, I don't think it's a particularly easy subject to write because we're taught that it's "wrong" to be angry. But it's very important to discuss these things and express our emotions. I've decided to split it up into two parts, so for today I'll write about anger itself and accepting it, then the next post will be about releasing it.

A lot of stuff I've read says that suppressed anger can be bad for you. In itself it can be very destructive and if you hold it inside then it will hurt you. Depression is often called "anger turned inward". If you have depression (as I do) you may find it helpful to explore that more. I'll look more at sadness and depression separately later (grief might need its own post) but for now here are a few links on depression and anger:

And here are a couple more posts on anger itself:


I have felt a lot of anger in my life, part of it is probably due to an unsettled early life. And then being bullied at middle school and having friendship problems as a teenager. I went through a bad anger phase when I was depressed as a teenager. I am better now but still now I sometimes think, "I'm just so angry!". You may also be angry if you feel like you don't have a voice. An example of this is if you're in a group termed "minority", such as a non white person in a predominately white country, a woman in a mostly male workplace or a gay person in a country where being straight is seen as the norm. (That is probably most countries when it comes to being gay to be honest, although it would be nice if I'm wrong. And things are slowly changing which is good.) :)

There are many other reasons you may feel angry- due to childhood trauma, because you're in a dangerous situation, you or someone close to you is ill, you feel trapped and your life isn't working out how you thought it would, because of all the violence and injustice in the world, or lots of other things. The main thing behind it seems to be that you're hurting and feel powerless. So let's look at accepting anger next.

Anger is seen as unacceptable and bad, especially in women. Women have traditionally been silenced and in particular those of us termed women of colour, (a person of colour is generally thought of as anyone who is not white/not fully white). Below are a couple of links about women and anger; and black women and women of colour and anger. It may relate to you (like it does me, since I am a mixed race woman, Cameroonian and English) or it may not, but you might still like to have a read because it's good to read viewpoints from people different to you. These can come across as quite hard hitting but I think they need to be included.

About black women/women of colour and anger specifically relating to racism: http://www.wildmysticwoman.com/poetry-prose/uses-of-anger


This is Celes' anger series on Personal Excellence. (I'll link to Part 3, where she talks about healing it, separately in the next post): https://personalexcellence.co/blog/anger/


Here's a post from Suzanne Heyn on how to deal with the fact that life often isn't fair: http://suzanneheyn.com/life-is-not-fair/


In her book Deliberate Receiving Melody Fletcher has a section on anger (Chapter 8, Understanding Our Emotions). It's about the Law of Attraction but a good read even if you don't follow that because it goes in depth about emotions. She says that anger in its natural state is like when a toddler gets upset and frustrated because they can't do something (like put building blocks together and he/she rages for a bit and cries, but then has moved on and forgotten all about it. But in adulthood (and as older children and teenagers) we tend to suppress it and not let it out naturally.

She also writes about releasing anger (Ch.11, Using Your Emotions to Release Resistance), by doing things such as writing a letter to the person you're angry at (it's not advised that you actually send it though), going for a walk or punching an object like a cushion. If you can't get access to the book or would rather not read it, here are a few of Melody's posts on the subject of anger and releasing it:


Ok, that's it for now. In the next post I'll talk more about coping with and releasing anger. Hope this post was useful. :)