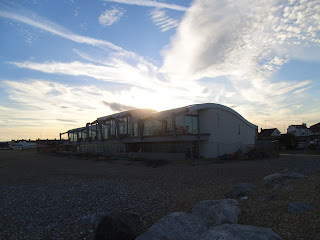 Note: In this post I'm referring to the Law of Attraction aka LOA. For a background on LOA click here. :)

I've been thinking a lot lately about beliefs and believing. When you want to manifest something you can come up against a lot of resistance. You start hitting your limiting beliefs. I've been finding this happening with myself a lot lately, so thought I'd take a deeper look at it.

Back in January I did a post on believing things are possible which you can read here: https://fallingpetalsuk.blogspot.com/2015/01/what-is-possible-loa.html

I also did a post about manifesting and resistance: https://fallingpetalsuk.blogspot.com/2015/07/manifesting-and-resistance.html

In my post on what's possible I mentioned limiting beliefs. For a basic explanation of them check out this post: http://www.deliberatereceiving.com/releasing-negative-beliefs.html

Update 25/5/2021: The link above has changed since Melody changed her site. I can't seem to find a new link to the original post, but here's another one about limiting beliefs: https://melodyfletcher.com/2014/04/28/how-to-discover-your-limiting-beliefs/


In my understanding limiting beliefs get in your way because you don't believe that you're capable of doing things and achieving your dreams. Due to various things in my life including being bullied at school and then leaving early because of depression, I developed the belief that I'm a defective person. I remember one incident where my teacher got annoyed because I accidentally ripped a Maths book and later on didn't want to give me a map in case I mucked it up! I was about 10 at the time. Little incidents like that can really stick in your mind and may hold you back subconsciously. I discovered the belief about being defective almost a year ago (didn't realise it had been so long till I looked over what I'd written about it!). I then read this post on Life Made To Order: http://www.livelifemadetoorder.com/blog/law-attraction-mind/

It seems that feeling defective is quite a common thing. So what can you do if you have this belief or another one that holds you back? Well, you can work on changing them and replacing them with positive beliefs. Some people say that just writing them out and repeating them is enough and this may work for you, but if not you might have to go deeper.

In her book The Map, Boni Lonnsburry says that there are 3 types of beliefs. A Level One belief is one that's easier to change; it will probably work if you just write out the negative belief, cross it out and replace it with a positive one. But Level Two and Level Three beliefs are deeper ones that are harder to change, especially Level Three which are Core Beliefs. Check out this article on how to change a Core Belief: https://www.livealifeyoulove.com/its-easier-than-you-think-how-to-change-a-core-belief/

I'm doing this process with the belief that I'm defective. I hope you find it useful if you try it. :)

Vienda Maria also has a post on shifting blocks and limiting beliefs: http://viendamaria.com/2015/11/4-steps-to-shift-big-blocks-and-limiting-beliefs-when-you-feel-confused-bewildered-and-frightened

And here is another good post on changing your beliefs (not LOA related): http://lightwayofthinking.com/beliefs/


You also may have a belief that "big" things (such as relationships, jobs, cars, holidays etc.) are easier to manifest than "smaller" things (coffees, feathers, coins, parking spaces etc.). (I know I do!). If that's the case you may find this video on Deliberate Receiving helpful: https://melodyfletcher.com/2015/11/06/how-to-manifest-the-big-stuff-as-easily-as-the-small-stuff/

There is also a transcript if you're someone who prefers reading (like I do) or you have hearing problems. :)


How to really believe

Another thing you might struggle with is really believing that your dreams can come true. I'm working on this as well. Here are some posts I've found helpful.


Post by Sarah Centrella on belief that I've read over and over: http://www.thoughtsstorieslife.com/2011/04/belief-101/

And here's a great post on Modern Witch's Guide to Life about how to believe:
http://modern-witch.es/manifesting/natural-powers*


Finally here are a couple of posts from Sarah Prout:

Another post and a video on feeling worthy enough to manifest your desires: http://sarahprout.com/feel-worthy-to-manifest-your-desires


I hope you find these links helpful. Please let me know if you have any tips for shifting limiting beliefs or believing in manifesting your desires! :)