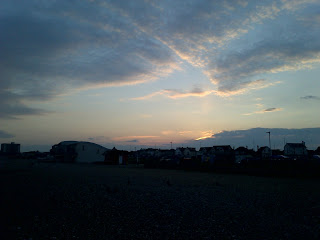 We're in June already, so it's time for the mid-year reflections post!  For the past few years, I've written posts reflecting on the first half of the year. You can read the previous ones at the links below:

The first half of 2021 seems to have gone quickly. This time last year we were a few months into the coronavirus pandemic and pretty much worldwide lockdowns/quarantines. Restrictions had relaxed slightly in June but we were still in quite strict lockdown. We were in and out of them for the remainder of 2020 (with a tier system in between), but I have found the last couple of lockdowns easier because they haven't been as severe.

We went into our 3rd lockdown in January in England (there have been similar ones in the rest of the UK), but over the past few months, restrictions have been relaxing. Now that vaccinations are being rolled out across the country, there is talk of lockdown ending completely on 21st June (in England specifically). I don't know if it will happen though.

This whole thing has just been so weird, as I'm sure most people would agree!! On a personal level, the past two years have been up and down for me and the virus has of course made it more difficult. I've mentioned on here about having anxiety and depression. They've both been coming and going. I've been feeling more depressed in the past few months, but sometimes the health anxiety is worse.

I haven't belly danced in person or seen my dance friends for over a year. However, I've been dancing at home occasionally (find it hard to motivate myself!) and our group is planning a meetup next month. I haven't done much this first half of the year due to the lockdown, but I did go for a walk to Southwick Beach with a group in May. My local mental health resource centre organises group walks. I was a bit nervous because I hadn't done one since last year, but it was good to get some exercise and socialise again. :) I have been walking regularly in the park and been to the beach a couple of times.

Blogging wise I haven't written much here on Falling Petals; I haven't been feeling particularly inspired.  But I did write a post called Starting from the Bottom about moving towards feeling better when you've been low. It's Part 1 because I'm intending to write a 2nd one later. You can read it here: https://fallingpetalsuk.blogspot.com/2021/04/starting-from-bottom-part-1.html

I have been doing my monthly Gratitude Lists though. As for my other blogs, I write regularly on my entertainment one Star Sparkle Blog and over on my seasonal living blog The Seasonal Life I've been doing my usual sabbat/seasonal festival posts. The past couple of years I wrote monthly and "two monthly" (two months at a time) updates, but this year I'm doing quarterly updates. You can read my Winter to Spring Update here: https://livingseasonal.blogspot.com/2021/04/winter-spring-update-beltane-round-up.html

In other "world news" (apart from the pandemic) Prince Harry and Meghan Markle announced that they were permanently stepping down as  working royals. Then in March they did an interview with Oprah Winfrey where they talked about life in the Royal Family and how things went wrong. They talked about issues such as racism and mental health . It was horrible to hear that a family member of Harry's was "concerned" about how "dark" their son Archie's skin would be before he was born, but not surprising to be honest. :(

Also, Meghan said that her mental health issues were not taken seriously, which must have been very upsetting. It got to a level where she was feeling suicidal. If you follow this blog, you'll know that I talk about mental health issues on here. I believe that it's important to discuss these things to move towards healing. And also, that all that people from all backgrounds feel heard and understood.

I was sad to see Harry and Meghan leave but I understand because they were treated badly. It is important to me as a mixed race person to have mixed/biracial members of the Royal Family (especially since Meghan identifies as biracial) and I wish it could have worked out. However, I hope that they are happy in California now with Archie and the new baby. They just had a baby daughter named Lilibet (Lili for short). Congratulations! :)

In April American police officer Derek Chauvin was found guilty of the racist muder of George Floyd, which happened in May last yar. He will likely be sentenced soon. I was glad that justice was done this time (at least as far as the conviction), as it so often isn't in these cases, particularly when it's white police officers killing black people/people of colour. I hope that George is resting in peace (or power as I've seen some people writing online) and his family can find some sense of closure.

Ok, so that's all for the update! I hope everyone has been doing ok? :) We're now moving into the second half of the year and into summer in the Northern Hemisphere. I feel better with the longer, lighter days. If you'd like some relaxing music, I wrote another post sharing chillout music the other day (a follow up to last year's Chillout Music post). You can read it here: https://starsparklex.blogspot.com/2021/06/more-chillout-songs.html

Wishing everyone a smooth second half of the year! :)

Email ThisBlogThis!Share to TwitterShare to FacebookShare to Pinterest
Labels: Personal Development, Self Help