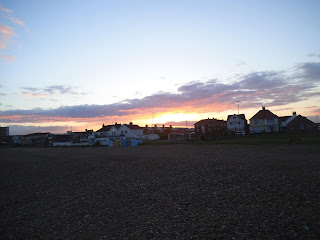 Last year I wrote a mid year reflection post. The year before I wrote one reflecting on the year so far in May and in 2018 I did it in June, because it's mid year. Read last year's post here: https://fallingpetalsuk.blogspot.com/2018/06/mid-2018-reflections.html

The past couple of years I've done posts at the end of the year too. You can read my Letting Go of 2018 post here: https://fallingpetalsuk.blogspot.com/2018/12/letting-go-of-2018.html

So now it's June again and I'm doing another mid year reflections post. :) It always seems like the year goes by quickly lately, and I think, "How is it June already?!". But some of the months seem to be long. Like April and May seemed to be quite long but the middle of the year has come quickly, if that makes sense! lol. On my other blog The Seasonal Life I've been doing monthly updates. Visit this link for May's update: https://livingseasonal.blogspot.com/2019/05/may-update.html

In the 2018 post I said how it took me a while to "settle" into the year, till about May. This year as I mentioned in the April Update on TSL, I started to feel better when spring came and the weather lightened up.

The anxiety and depression have been up and down. I've had a bit of a stressful few months and have been feeling more depressed lately. In February and March I took an anxiety course through Recovery College and I found it helped me learning new techniques, and talking to others who experience similar issues. I'm about to start a depression course (also through Recovery College).

I see in last year's post that I talked about looking more into Dialectal Behavioural Therapy (DBT). I never got round to that, but never mind. As I've said before, I want to try to accept how I am and not be hard on myself. So while I forgot about that, I've been doing other things such as taking the anxiety course and reading self help books.

So many people are talking about mental health now, which is great. We just had Mental Health Awareness Week (UK) and here's a post about why it's important to keep the mental health conversation going: https://www.itslaurenvictoria.co.uk/why-its-important-to-keep-the-mental-health-conversation-going/

Last year I took several courses at a local mental health resource centre. Things slowed down over the summer and then I stopped going because there were no new ones for me to take. But this year I went back again and have been going to bullet journalling sessions, which have been fun. (They're on hold for the moment though). I also tried a relaxation class. I plan to go back to relaxation.

There hasn't been much going on dance wise but I am still going to my belly dance classes, and I did  a belly dance/Bulgarian fusion dance workshop with Katie Holland in April. That was fun.

Last summer I signed up to Meetup and joined a few groups on there. I felt more confident to do that after having attended the centre. I went to a few meetups then and this year, including ones with an anxiety friendship group and a Law of Attraction group. I regularly go to local Action for Happiness meetups. It's been good to have a bit more of a social life and meet new people.

Blogging wise I've done one more post in the Feeling Your Emotions series, on shame. I'm planning to do more (probably the next one will be like a "halfway/neutral point", before moving onto more positive emotions). I hadn't written about the Law of Attraction much for over a year, but in April I felt inspired to do an LOA round-up post. And last month I wrote about feeling like a "loser" (something I'd had in mind to post about for a while) and how to start moving past that.

I post most often on my entertainment blog Star Sparkle Blog and also once a month or more on The Seasonal Life.

It seems strange that it's already two years since the Ariana Grande Manchester Arena concert attacks and the other terror attacks, and two years this month since the Grenfell Tower fire. It seemed like 2017 was quite a hard year collectively. And since then there have been more terror attacks and other incidents around the world. Just the other day there was a mass shooting in Virginia Beach in America (not terror related). And as for politics Brexit drags on and on!

On the positive side it was a year since Prince Harry and Meghan Markle's wedding last month and they also had their first baby Archie. I like the first pictures they released of them as a family, and I think it's nice that we have a mixed race direct Royal. :)

So that's it for now. I expect I'll do another post at the end of year. When it gets to June we can kind of feel like we've "failed" if we haven't achieved goals/resolutions we set at the beginning of the year, but it's important not to put pressure on yourself and remember that there's still half a year to go! I haven't really set any goals for 2019 but I did pick two Words of the Year, "Magic" and "Miracles".  Haven't been feeling much of either so far, but let's see. :) You can read more about the word of the year concept here: https://fallingpetalsuk.blogspot.com/2017/12/letting-go-of-2017.html

If you're also interested in reflecting on your year so far, you might like this video by Leeor Alexandra of Living Lovelee about having a mid year check in. It's called Life Reboot: https://www.youtube.com/watch?v=uZALL8sZf3k

After colder weather it's warming up and I'm looking forward to Litha/the Summer Solstice and the official start of summer this month. I write about the sabbats (seasonal festivals) on The Seasonal Life, so if you'd like to read about them and/or my monthly updates visit it here: https://livingseasonal.blogspot.com

Hope your year is going well so far! And if not remember that we're only halfway through. Hope you have a great summer (or winter/whichever season it will be for you) and rest of 2019! :)