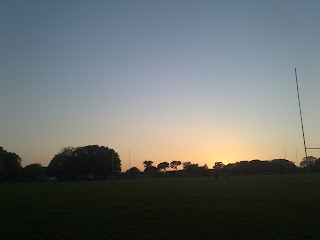 For the past few years I've written mid- year reflection posts. Well, the first one was in May and then in 2018 and 2019 I wrote them in June. You can read them below:

For the past couple of years I've written end of year posts as well. You can read my Letting Go of 2019 + Starting a New Decade post here: https://fallingpetalsuk.blogspot.com/2019/12/letting-go-of-2019-starting-new-decade.html

The first half of 2020 has been strange to say the least! I think at the beginning of the year few of us imagined that we'd have a worldwide pandemic with the coronavirus and almost every country would go into lockdown/quarantine because of it. So it's been quite hard adapting to that.

The beginning of the year was still "normal" here in the UK, although we were hearing about the virus in China. We started to hear more and more about it spreading and countries going into lockdown. I remember when I was going out in late February and March seeing people with hand sanitisers on the bus and in a restaurant. Then coronavirus cases were discovered here (one of the first ones was in the Brighton area where I live actually which was alarming!) and we officially went into lockdown on 23rd March, only allowed out for necessities, (food shopping and picking up medicines), if you couldn't work from home and for one hour of exercise a day. The guidelines have since changed a bit with lockdown bring relaxed slightly, but we're still supposed to stay at home as much as possible. You can read the latest UK government guidelines here: https://www.gov.uk/government/publications/coronavirus-outbreak-faqs-what-you-can-and-cant-do/coronavirus-outbreak-faqs-what-you-can-and-cant-do

Please note that this applies to England specifically, there are some different rules for people in Scotland, Wales and Northern Ireland.

A few weeks in, I started to find it really getting me down. I understand it's for the best but it's been hard being restricted and with everything shut down. I found the closure of McDonald's and libraries hard! lol. I'm not always going out but I had been attending more Meetup events in the past year, and of course all in person events have been cancelled. I had attended a relaxation session at my local mental health centre in February, after not going for a while. It's not open now but the staff are keeping in touch with us, which has been helpful. Also since lockdown eased slightly I've been going to the park a bit more, which has been good.

I've mentioned before about having anxiety and depression, and I've been finding that both have been up and down. I've been feeling more depressed in the past couple of months. Since I have health anxiety the virus does make me anxious (although I haven't worried so much about respiratory illnesses) and even just something like going to the supermarket became really stressful, because of the queues and the barriers and one-way system. (I do also know that some people already find shopping hard, and in the past I didn't go often). I started to feel trapped in the supermarket. I know these are all little things compared to all the people who've been ill and died, but I think it's important to share how you're feeling.


I've been doing regular updates over on my other blog The Seasonal Life. Last year I did monthly ones but this year I decided to do them every couple of  months because I thought it would be easier. You can read the updates so far here:

My belly dances classes finished altogether just before lockdown (due to to low attendance) which is a shame, but I did a workshop with Lianna Greene in February and during lockdown I took part in Katie Holland's free Awakened Bellydance course online.

And here on Falling Petals I wrote a 2nd post about happpiness in the Feeling Your Emotions series and one about feeling lonely. I post regulary over on my entertainment blog Star Spakle Blog which you can find here: https://starsparklex.blogspot.com

At the beginning of the year I was shocked when Prince Harry and Meghan Markle announced that they were were stepping down from royal duties in the spring and leaving the UK with their son Archie. I was disappointed because I like having Meghan as part of the Royal Family and following their family. But I understand they have to what's best for them and the way they were treated by the press was horrible.

Brexit finally happened on 31st January (although I wished it never would, to be honest!) and we're now in a transition period.

And then more recenly there was the murder of George Floyd, an unarmed black man, by a white police officer in Minnesota, which has sparked protests across the US. This is all sad and horrible, and I'm deeply sorry for George and all the others who lost their lives in this way. I remember reading about Tamir Rice's shooting and that really got to me- the thought that a boy couldn't even play with a toy gun without getting killed because of the colour of his skin.
Racism is so horrible and racial division especially gets me to me as a mixed race (black and white) person. I'm glad that things are changing because racism and oppression (and in fact this whole thing of overly focusing on the differences between people and treating some of us badly because of it) has been going on too long. I think the whole "racial system" needs to topple. Hopefully we are moving towards better times, but it's all very difficult right now and scary, especially for those of us with black heritage. I hope you're taking care of yourself as best as you can. :)

I don't really know what to else to say but I thought I would share a few posts that are important:

Post by Jennifer Borget (from the perspective of being a black American and having a white policeman husband and a mixed family): https://cherish365.com/your-fear-is-killing-my-family-why-are-you-supporting-my-white-cop-and-not-my-black-son/

Message to white mothers from a black mum: https://www.onlygirl4boyz.com/dear-white-moms-what-i-need-you-to-know/

Abiola Abrams leads a healing ceremony for the fallen: https://www.youtube.com/watch?v=dC6bUxkL2nA

Also by watching these videos you can can donate for free to Black Lives Matter (due to the ads):

*8/6/20: Video has currently been removed.
So it's been a rough start to the year. If you've found yourself struggling lately, you might find this post I wrote back in October useful. It's called When You're Struggling: https://fallingpetalsuk.blogspot.com/2019/10/when-youre-struggling.html

Email ThisBlogThis!Share to TwitterShare to FacebookShare to Pinterest
Labels: Personal Development, Self Help