Acting As If (LOA) 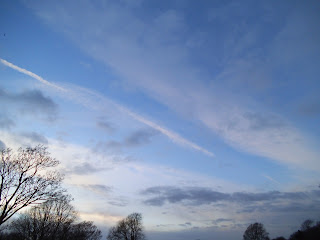 What does it mean to "act as if"? It's a phrase you hear a lot if you follow the Law of Attraction aka LOA. My understanding of it that is when you want to manifest something you act as if it's already in your life, as if it's happening now and eventually your vibration will change and it will show up in your life for real.  Here are a few posts on the concept:

Also here's a good post from Melody Fletcher on Deliberate Receiving about it, although Melody suggests that you "feel as if" you have you want because what you're really after is a feeling: https://melodyfletcher.com/2013/06/20/dear-loa-what-does-acting-as-if-mean/


As Kelli Cooper recently wrote in this blog post on Life Made To Order, sometimes you've been studying things for a while and then you have moments where you find that they sink in more, you understand them on another level. I felt this with the "acting as if" concept a few months ago when I bought the perfume I wanted. I did a post about it which you can read here: https://fallingpetalsuk.blogspot.co.uk/2016/01/manifestation-story.html

I'd wanted the perfume for ages but it felt a bit "out of my league" because it was quite expensive. (I did also feel something similar with the PS3 and BlackBerry before I got them). I also felt like it was too much to pay for perfume. But I enjoyed going in the shop and using the sample perfume there. I called it "my perfume", lol. I think this is an example of acting as if. Although I wanted to own it, I felt it was a bit out of my reach but I still went and put it on and acted as if it was mine. This is a simple example but I thought it would be good to write about it.  Hopefully this will help me more with my manifesting in the future.

I'd found the concept quite hard to understand before, wondering how you feel as if something is yours when you know it isn't yet. I do have a good imagination but I still had trouble with it. But after the perfume experience I feel as if I understand a bit more. I think it is about feeling it too. Another phrase I've heard is "getting to the feeling place".

Another thing was that I think the cheaper perfume bottles were there all along but I didn't notice them until I talked to the saleswoman! So sometimes things can be under your nose all the time.

I hope this post was helpful in some way. :) Do you have any experience with "acting as if" or other LOA concepts you've struggled with?